HUMANITARIAN: ADSC TRANSFORMED INTO AN NGO

The NGO Association de developpement pour servir les communautés officially launched its activities this Saturday, July 27 in Bamako. As a humanitarian NGO aimed at helping people in need of basic services, this new status will enable ADSC to better serve the community. The launching ceremony was chaired by the representative of the Minister of Territorial Administration and Decentralization.

Created on December 7th, 2008 in Gao and transferred to Bamako in 2015 because of insecurity in the region, the Association de Developpement pour Servir les Communautés (Association for Development to Serve the Community (ADSC) is a charitable, apolitical, non-profit organization. Its mission is to provide assistance to the poor segments of the population while supporting the efforts of community, economic and cultural development of all Malian populations.

« The essence of the NGO ADSC is to meet the needs of the people in the context of community development, but also to fight against underdevelopment. We intervene, in the field of education, health, humanitarian relief….. And this, practically in all regions of Mali » Said the director general of the NGO, Mohamed Ag Agaly.

After 11 years of intense and constant activities that led to the enlargement of the framework, and the diversification of its areas of intervention, and by responding to the demands of its nature, the association signed an agreement on June 19 Framework No. 001586 with the Government of Mali through the Ministry of Territorial Administration and Decentralization. It takes thus the name of the NGO Association de Developpement pour Servir les Communautés.

Hydraulics: this is to bring drinking water to the population through adduction (water towers, boreholes, hand pumps or wells large diameter). From its creation up today, the ADSC has realized dozens of water points across the country.

In the field of health, it built and equipped health huts. In 2018, it built ten dispensaries with equipment. The NGO also deals with the management of malaria patients and cataracts each year. In 2018, the association carried out a free operation of 280 patients.

As for education, it intervenes in the construction of classrooms with school supplies while also paying school fees for children in need.

The sponsorship of orphans is also one of the flagship components of the association. To date, more than 600 children have benefited it.

On the social side, the ADSC has built social housing for poor families. It makes periodic donations to needy families: such as sewing machines, motorcycles and bicycles for the disabled, food distributions. It has created long-term social development projects generating income.

Speaking of worship, 110 mosques were built and equipped during the year 2018. During the months of Ramadan, the ADSC organizes sessions of collective breaks of fasting throughout the month and the slaughter and distribution of meat during the Tabaski.

« What I saw deserves to be raised to a much higher level. It deserves to be known by all Malians. Rarely do I see an NGO commit in this way to the cause of the people. All these achievements that I have just seen must not go unnoticed. As a project manager in the Ministry of Territorial Administration and Decentralization, in charge of NGOs, you have amazed me« , said the minister’s representative after the projection of a video on the achievements long.

To the 5th Deputy of the National Assembly, the Honorable Aicha Belco Maiga to add:  » In the name of the national representation that I represent here, I reiterate with all our solidarity, all our support for this beautiful work that you are doing. Go ahead. A Tamasheq say tells us: are praiseworthy for the one who does something. This is not praise you are given. These praises you deserve ». She concludes. 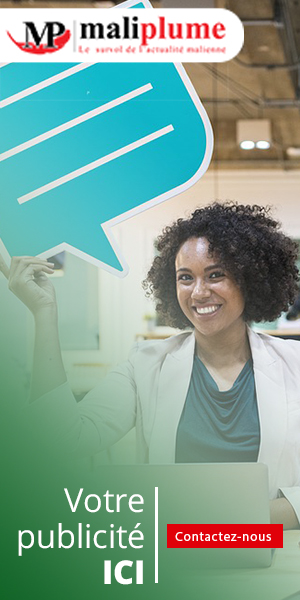